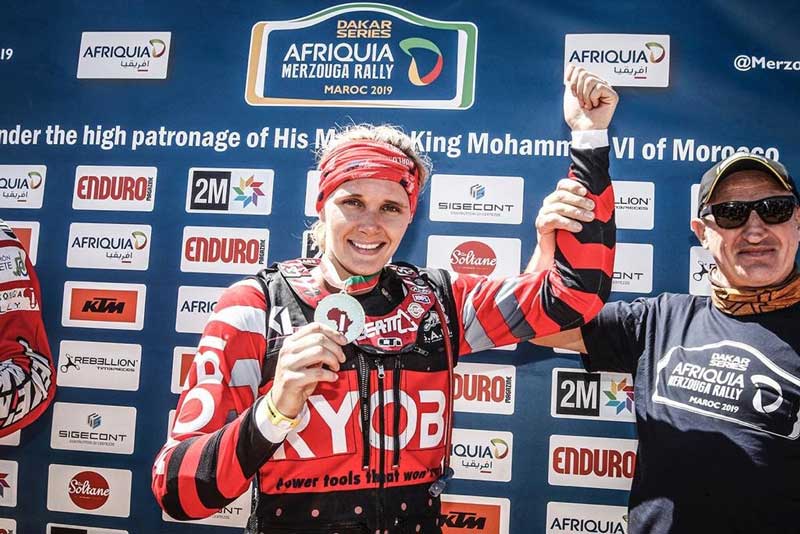 Growing up as a tomboy and always wanting to keep up with the boys, extreme sports and Motorsports was always destined as a lifestyle choice for Kirsten. So being brought up in a motorcycle family the bug bit at a very young age. Riding and racing is Kirsten’s passion and has become a lifestyle for her. The challenge of being a female rider competing against the boys in the tough terrains that they ride in is what she thrives on. Each ride, race or training session accomplished feels like an achievement on its own, every time.

Going back into the offroads for the 2018 season to build her confidence in the high speed racing Kirsten has jumped onboard KTM’s 250 XCF, suited for the high speeds & cross country racing.

King of the Hill – Placed 28th overall in expert class. Made history being the first lady to ever finish expert class.

Alfie Cox Redbull Invitational Extreme Enduro – Kirsten was the only female to compete,making it into the semi- final and ranked 15th amongst the best male extreme enduro riders in South Africa.

Redbull Braveman – Placed 2nd in Silver class and only female to finish.

Redbull 111 Megawatt Poland – Kirsten placed 30th overall out of over 1000 entries and only female to qualify and finish.

South African National Enduro Championship – Kirsten raced a consistent season finishing on the podium at all rounds, but finished 2nd overall. This is the best Kirsten has done in all her years racing the National Enduros.

Roof Of Africa – This was Kirsten’s first attempt at Gold class, going out on a whim & no expectations, Kirsten made history again and became the first ever woman in the 49 year history of  the Roof Of Africa and finished the Gold class, completely unassisted.

Redbull Romaniacs – Kirsten attempted silver for the first time but due to complications, she didn’t manage to finish.

Redbull Sea to Sky – Placed 56th overall, becoming the only woman in history to ever finish a gold class at any extreme hard enduro event.

Let’s get OUR Kirsten to Dakar and support her to the finish!